Halloween is nearly upon us, so we thought that we’d pick gallery owner Bruce Marchant’s brain (not literally !) about collecting horror posters.  This genre has ignited collectors’ imaginations since its chilling beginning in 1896.

We last wrote an article on horror posters three years ago, and thought that as the market has changed in this area, it was time to revisit this much loved and collected genre.

Why is the horror genre so highly collected ?

This genre has always been highly collected.  Our fascination with horror films started in 1896 when one of cinema’s pioneers, George Melies, created Le Manoir du Diable, a short film about an encounter with the devil.

Horror films draw us into their web of terror, macabre and the supernatural, and also overlap with other genres.  It may all go back to our primal fears, and the ultimate good versus evil. Whatever it is we are back being curious children, wanting to be scared and at the edge of our seat, not knowing what to expect, with our hearts racing.

From that moment on we were hooked, and this fixation has not appeased. Our love of the films themselves has transferred onto the posters that are designed to ignite our desire to see the films.

What are the most famous horror film posters ?

There are three horror film posters that always attract huge attention – Frankenstein (1931), Dracula (1931) and The Mummy (1932).  Universal Pictures, who made many horror films from the 1920s onwards, produced these three films.  The success of the early horror films saved the studio from bankruptcy.

Posters for these titles are extremely rare.  There are various styles and sizes of posters for each film, with only five or less examples of each known to exist.  As a result the posters sell for hundreds of thousands of pounds.

Do the best and most popular horror films have the greatest posters ?

Not necessarily.  I personally do not like the main poster for Frankenstein or all but one of the posters for Dracula. I think that the artwork is not great, and there are other far superior posters in the genre.  Some of the less high profile films, such as The Invisible Man (1933) and Supernatural (1933) have far more evocative artwork.

What is the artistry in designing horror film posters ?

Designers of horror film posters, like those for other film posters, need to draw in the audience.  They need to convey just enough of the theme to draw us in, and not scare us off too much. This can and has been done using a variety of different techniques – sinister photography, menacing colour schemes, chilling typography and doomy taglines.  Here are a few examples … 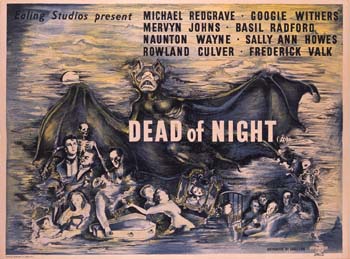 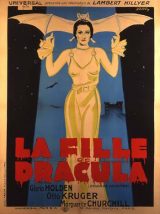 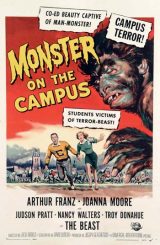 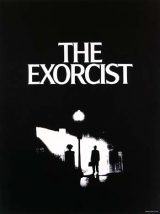 Are the main collectors all in America ?

Historically the main collectors were in America, but this has now spread to all over the world.  The more recent interest in posters for Hammer Films, a British film production company based in London and founded in 1934.  The company is best known for its gothic horror films made in the mid-1950s until the 1970s.  The interest in Hammer posters has increased their value and made them highly collectable. The market for Hammer posters is being driven by collectors in the UK.

What is your ultimate horror poster ?

If I could have just one horror poster it would have to be the British poster for Dead of Night (1945).  I love this film and the detailed artwork by Leslie George Hurry, who truly captured the essence of this Ealing horror classic.

What advice do you have for new horror collectors

The market has changed since 2015.  The Hammer market has continued to grow, and Hammer double bill posters that were once ignored are now selling for thousands of pounds.

Unless you have extremely deep pockets and are able to pick up some of the highly collectable and expensive pieces, my recommendations would be to buy some great titles from the 1970s and 1980s, such as The Omen, Alien, Evil Dead. These are all good entry point pieces.