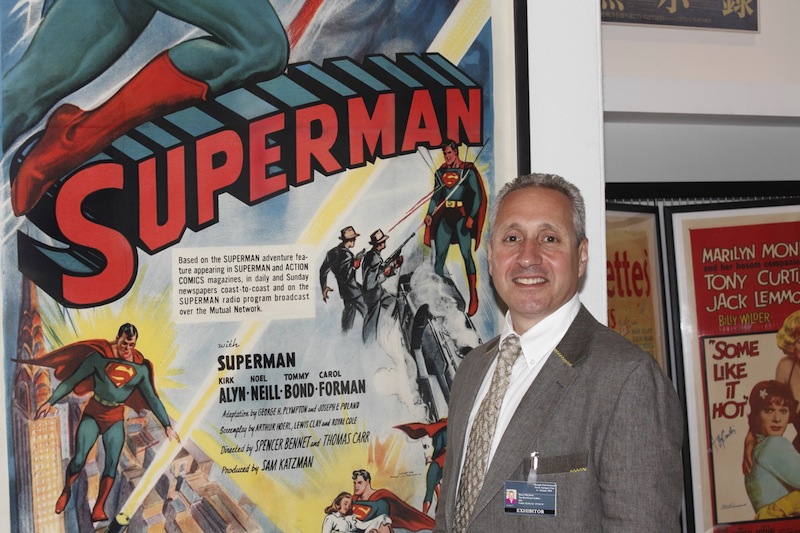 The Reel Poster Gallery is the creation of Bruce Marchant, who owns and manages the business today.

Originally trained as a sculptor, Bruce started collecting in the late 1980s dealing with a handful of private clients. As many collectors start out, he never thought he’d deal. Within a year or two, however, he’d amassed a volume of posters and the business of selling began. Collecting is very addictive and emotionally driven. Bruce bought what he liked; either for the film title, or more often, for the design merits of the poster itself.

Prior to this date, he had always seen the market potential at major auctions like Christies and Sotheby’s; notably he observed the kinds of audience that these sales were attracting. Historically the market was very US led and to lesser extent French & Italian. Within a few years Bruce and The Gallery had put London on the map for serious collectors and film aficionados.

There are several different motivations for buying, many people start buying posters that reflect their best loved titles, for Bruce the first poster he ever bought was his all-time favourite, The African Queen. Then, as a collector’s taste widens, one comes to notice other pieces for other merits – the artwork, design, style, iconography of the certain decade, director or genre. Early on, Bruce evolved his tastes to viewing posters as art: “If I hadn’t seen the film it didn’t matter  – a great poster is a great poster”.

The first bricks and mortar gallery opened in 1995 on Great Marlborough Street, London subsequently moving to Westbourne Grove. From these premises, The Gallery has enjoyed years of success dealing with international clientele including a host of special clients and institutions. Bruce has leant posters to the Design Museum for their exhibition on Saul Bass and the V&A’s Grace Kelly exhibition in 2010, as well as being invited to exhibit as far flung as Japan. The Gallery has also participated in many major international art fairs including Grosvenor House, Olympia International Art Fair, Masterpiece and this year, debuted at the LA Art Show.

Over this period the gallery has been responsible for a dozen publications on film posters and related subjects – with over a million copies sold worldwide. Due to this success, Taschen bought the rights to The Gallery’s ‘Decade’ series, however Bruce also produced 500 hardback limited editions, a handful of which remain in the possession of the gallery.

After 15 years of establishing itself as a world leading destination for original film posters, Bruce realised the majority of his loyal client base no longer needed to view before buying and were more than happy to buy on our recommendation, via a gallery catalogue or online. Therefore, we now operate by appointment only in Mayfair and Kensington, as well as keeping an updated collection of film posters available to buy directly from our website.